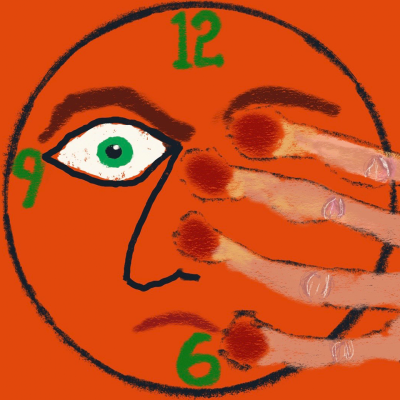 Back when he burst into the scene during the tail-end of the 1970s, it was pretty hard to tell Elvis Costello was going to end up being one of rock’s most eclectic songwriters. Looking like a British, punk-rock-influenced reincarnation of Buddy Holly, with glasses and suit naturally included into the package, Costello made a name for himself by fusing literacy, anger, and heartbreak into three-minute catchy wordplay-ridden hand grenades that exploded with the maniacally skillful new wave sound of his legendary backing band, The Attractions. Despite the success of that early package, though, it would not take long for the singer to show there was more to his musical palette than a well-dressed and sleeker take on punk rock, because right on his fourth album, “Get Happy”, he jumped ship to land on a mind-twisting twenty-track exercise of making Blue-Eyed Soul sound as frantic and vicious as possible.

Many years and a lengthy career have unfolded since that day, and Costello took good advantage of that time to explore the full extent of his eclecticism, not only by penning tunes with multiple stylistic leanings, but – perhaps more significantly – collaborating extensively with an astoundingly large group of musicians that includes Paul McCartney, the London Symphony Orchestra, Aimee Mann, Allen Toussaint, The Roots, Burt Bacharach, The Brodsky Quartet, Nick Lowe, T-Bone Burnett, Anne Sofie von Otter, and others. It is a list that displays Costello’s initially geeky appearance was not just superficial, as the man’s desire to work together with various different names reveals the heart of a music nerd has always lied within him.

When talking about his 2020 release, “Hey Clockface”, such consideration is important because, through more than thirty records and countless flirts with distinct genres, Costello had – until this point – never produced a work with so much self-contained eclecticism. Sure, he had plenty of stylistically colorful albums before “Hey Clockface”, such as his divisive 1989 work, “Spike”, and his widely beloved “Imperial Bedroom”, from 1982. But listening to “Hey Clockface” is likely to give his longtime fans a feeling that a life’s worth of musical exploitation has led to the stunningly varied moment at hand.

It is not that “Hey Clockface” comes off as a lazy recapitulation of what has happened so far; Elvis Costello is too much of a restless mind for such dull sameness, but there is indeed some blatant retreading. A trio of piano-and-voice tunes (“The Whirlwind”, “The Last Confession of Vivian Whip”, and “Byline”) recalls, for instance, “North”, the album of love-related ballads he put out in 2003. The vaudevillian title track as well as “I Can’t Say Her Name” nod to detours in the genre that the singer has made in the past, with the former being more energetic and the latter carrying a quiet defeated tone. “I Do (Zula’s Song)” channels his soundtrack work: with words that speak of love but instrumentation that hints at something darker, the song could be one of the pieces of a noir musical. And the theater stage would also be a very fitting place for the presentation of a track like “What Is It That I Need That I Don’t Already Have?”, an acoustic lament with the occasional appearance of jazzy brass.

Contrarily to that more traditional set, the album – be in its overall production or in writing – gives plenty of signs that it is still pushing ahead. In the case of those more refreshing tunes, an interesting pattern emerges. As it happens pretty much everywhere in “Hey Clockface”, these are cuts that can be safely traced back to a specific point in the singer’s career. However, their arrangements – which join old-school sounds, contemporary grooves and beats, as well as the signature Elvis Costello layer of boldly placed noises – do one good job at arguing this group of songs as a whole happens to be quite different from everything he has done.

It may seem like a complicated configuration, but take the example of “No Flag”. Here is a track that would fit right at home – both in spirit and quality – in the three fantastic albums that constitute his post-punk phase. It is vitriolic; it has Costello part shouting and part singing; it is guided by a guitar riff that alternates sheer grinding force with poppy hooks; and it has a chorus whose unexpected greatness is reserved to masterful songwriters. Yet, dressing the song up is a cleverly lo-fi treatment, one that could have come out of Tom Waits’ “Real Gone”: rather than drums, the song’s percussion is a pulsating beat and some scatting; Costello’s voice is distorted; and the tune has a brief psychedelic bridge when a mass of quirky sounds joins the central beat.

Other examples like that are plentiful in “Hey Clockface”. “Hetty O’Hara Confidential” feels like a reread of “Hurry Down Doomsday”, from 1991’s “Mighty Like a Rose”, since it has Costello sort of rapping and sort of ranting over a beat made up of more elements than one could count. “Newspaper Pane” starts by threatening to be post-punk, but slowly cooks into another monster: a stream-of-consciousness jam that has keyboards and brass combining into one great groove. “We Are All Cowards Now” is made of darker material lyrically, as its words read like a very accurate description of our contemporary social environment, but is supported by an equally creative backing of effects, pianos, and guitars. Finally, “They’re Not Laughing at Me Now” is yet another song that could be the theme of a character in a musical (in this case, someone that waits hopeful for the day it will all turn around), but its cacophonic drums and its thin keyboard hook (worthy of The Attractions) give it a more outside-the-box presentation.

It is undeniable that “Hey Clockface” suffers a bit from its eclecticism: the mixture of quiet piano tracks, vaudeville-inspired theatrical moments, and tunes holding a more contemporary and forward-looking perspective makes it feel like three unfinished albums glued together under the same package. Its greatest flaw, though, is that it has Costello’s pen alternating heavily between brilliancy and dullness. Out of its more traditional tunes, only “Hey Clockface” and the closer piano ballad “Byline” are noteworthy, with the others not just getting lost in the midst of dull melodies and basic arrangements, but also being painfully concentrated on the second half of the record. Joined by two forgettable spoken-word pieces, the lackluster tracks amount to half of the package. The remaining songs, each with its own intensity, lean towards the positive side of the quality spectrum, but are not shiny enough to make “Hey Clockface” better than decent. The fact that most of them are cut from the same cloth, however, indicates that perhaps the album would have benefited from a more prolonged gestation period; one that would allow it to overall sound more like “No Flag” and less like “The Whirlwind”, and for its eclecticism to be trimmed down to a more focused and refreshing release.